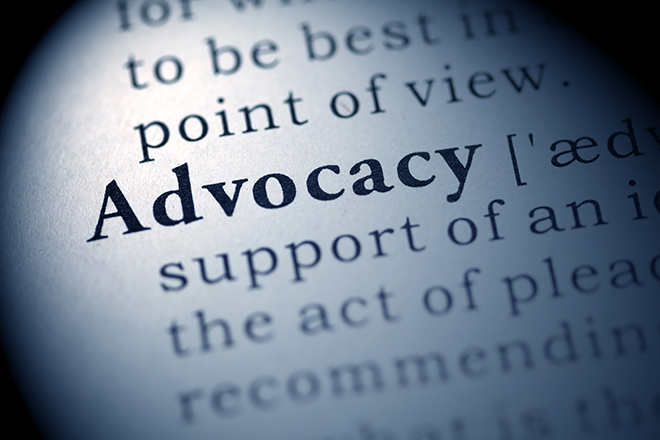 The 2013-2014 California legislative session is done. If, like most people, you weren’t riveted to CalChannel watching all 4,654 pieces of legislation be processed, it’s okay! That’s what this blog is here for. Unless you’re looking for legislation that wasn’t about child welfare, juvenile justice or social services you’ll probably have to go somewhere else for that.

Of the bills we focused on this cycle, we stayed as close as possible to our policy platform and still watched over 300 proposals ranging from foster care regulation to crossover youth to childhood trauma. The biggest winner this cycle was the human trafficking advocates, of which we are one. A large chunk of the legislation we tracked dealt with trafficking, both labor and sex, traffickers and victims. It was, to say the least, very encouraging to watch legislators grab this issue and literally run with it. But, that doesn’t mean the work is done (it never is, is it?). The unfortunate reality is that commercially sexually exploited children (CSEC) are a small subdivision of the larger, just as deserving of attention, child welfare population.

More specifically, we successfully worked on legislation like the ones authored by California State Senator Holly Mitchell. One of Mitchell’s bills would authorize schools to adopt preventative education to keep kids out of the life of sexual exploitation and direct them to services as needed. Another of Mitchell’s bills allows for wiretaps in specific instances and will help to put the bad guys away quicker, hopefully deterring any would-be traffickers from getting into the game too. Perhaps most importantly though, was legislation that was tacked on to a trailer bill (code for: part of the state’s budget) that opened the door to child welfare services for minors who had been sex trafficked. This is momentous because prior to the passage of this legislation, the only formal way that children could receive the shelter, counseling and other therapies needed for recovery was by being arrested. Understandably, a pair of handcuffs is usually not the best way to convince a traumatized kid that we’re here to help… even if we really are.

The community of anti-trafficking advocates put together an incredible campaign over this session to dedicate funds making California the first state to proactively commit dollars to this issue. Other states have taken varied approaches, but typically rely on the penalties and fines collected from traffickers and buyers of sex, which falls woefully short of the budget necessary to create a real system of help for victims. In one of the first years in recent memory that California actually had dollars to spare, we are thrilled that those resources went towards the kids like the ones we work with every day.

Human trafficking concerns were the winner this legislative cycle, but a number of our other identified policy priority areas made some incredible gains on behalf of kids and families. Without further ado, we present this legislative session’s other trophy-holders!

While there wasn’t a large number of bills directed at them, this group of extremely vulnerable new parents has been in dire need of legislative attention. In short, the number of pregnant and/or parenting teens across the country’s general population has steadily dropped for years, but the number of foster youth becoming parents prematurely or unplanned has remained stubbornly high. However since that population is small, it was often overlooked by legislators and other advocates. At Crittenton, where we continue a legacy of more than a century, of working with pregnant and parenting teens, we can tell you that there’s no shortage of new parents who still need help working through the various maltreatment they suffered at the hands of their own caregivers.

For pregnant and parenting foster youth, it was quality, not quantity when it came to legislation this session. In fact, there were less than a handful of ideas that were dedicated to the struggles of being a 15- year-old parent in a foster home, but they were important, significant steps forward. In particular, the state authorized pregnancy conferences for foster youth that bring together all the caregivers in the child’s life and help orchestrate access to services prior to baby’s arrival. In other words, it helps to establish a support system that is absolutely crucial for any new mother, but most especially those in foster care. By having the social worker, caregivers and other mentors on the same page in supporting mom, outcomes can be greatly improved and we can keep the system from touching the newest generation in that family. Crittenton worked hard alongside various partners to make this bill successful, and we’ve been thrilled to see it already take effect and help young mothers and their (absolutely precious) babies thrive.

Something Crittenton has long been in the fight for. As an agency that works extensively with kids in the delinquency system, we’re extremely proud of our programs, and consistently wowed by the resilience, hope and promise that every youth shows regardless of whether or not they’re system involved. As pressure has mounted in recent years to reconsider how adults and authority respond to children entering juvenile justice, the legislature caught the reform bug and we’ve got some great news. California will be the first state ever to prohibit the practice of suspending kids in kindergarten through third grade for “willful defiance.” Meaning that a child who is disruptive (and typically behaves in that way due to unaddressed issues at home), will be treated and responded to instead of unilaterally penalized and shunned.

The statistics supporting the need for this legislation are staggering: children who are expelled are more likely to end up dropping out and involved in the adult justice system, and over 100,000 kids in grades kindergarten through third are expelled in California each year. What could a 6-year-old possibly do to get themselves expelled? Let alone hundreds of thousands of them? By breaking the “school-to-prison” pipeline, legislators are including the education community in a proactive way by requiring that adults in a child’s life try harder, and we’re so happy to see these kids given another chance.

Other bills that successfully were signed into law regarding juvenile justice include sealing records for non-violent crimes committed as a minor and making sure kids aren’t being held in juvenile hall for unreasonable amounts of time due to bureaucratic delays. As Crittenton has always said, “a kid is a kid is a kid”, we don’t care which system they come from, or what their race, gender or faith is – period. This philosophy remains true in our advocacy efforts as well. It’s long past time juvenile justice kids get the same amount of concern as their non-system involved peers. Kudos to our partners and to the bill authors for stepping up for this population.

So, Crittenton friends and advocates, take the next few weeks to relax, catch your breath and gear up for the next session. Because as long as there are kids out there hurting, we’re going to be here working with them and making sure Sacramento hears their voice loud and clear.

Stefanie Benvenuto serves as the Public Policy and Advocacy Director of Crittenton Services for Children and Families of Southern California (CSCF). In this role she is directly responsible for the agency’s public policy program and advocacy efforts relating to child welfare, foster care, juvenile justice, and similar areas of legislative focus. Ms. Benvenuto also serves as Crittenton’s policy analyst, an advisor on all civic engagement efforts, and manages governmental and community relations needs at the local, county, state, and national level.